Isla Canela S.A. is a company belonging to the Pryconsa Group; it is a property developer and promoter in the Isla Canela Centre for National Tourist Interest in Ayamonte, in the province of Huelva.

At present, the company is working intensively on redefining as yet undeveloped land, in order to ensure they meet current market requirements and our customers’ needs.

Isla Canela S.A. has been working in tourism property development on the Ayamonte coast for over 20 years. The company is keen to secure continuity and permanence in order to be able to complete the residential complex of Isla Canela in an orderly way and to ensure excellence for its customers.

Isla Canela S.A. is also deeply committed to its corporate social responsibility and directs its efforts in this sphere to collaborating with Ayamonte municipal organisations for fostering and developing sport in the local area. The company also contributes to the Pryconsa Foundation, a Group organisation working with education, care and social inclusion grants, research, international cooperation and cultural patronage. 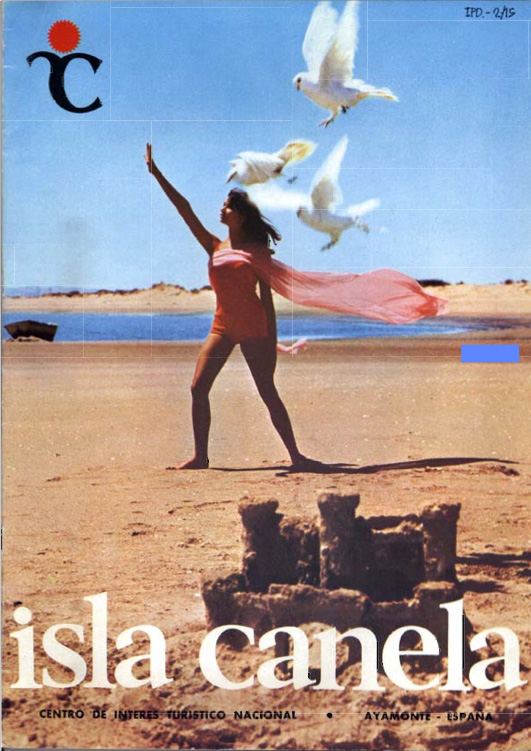 Isla Canela land began to be developed as a tourist destination in 1964 as a result of transactions carried out by the Ayamonte Municipal Residential Development Company (CUMASA) which led to it being declared as a National Centre of Tourist Interest, a status it continues to hold (an illustrated brochure is attached in pdf format).

CUMASA’s work was continued by the company “Pistas y Obras”, until Isla Canela S.A. was set up in 1985 and purchased all the land in the surrounding area.

In the early years, an intensive planning process got underway for Isla Canela land in order to adapt the arrangement of plots to modern requirements. At the same time, building on our first Isla Canela residential complex started and was completed in 1988 (Playa Alta) with the first hotel being completed in 1992.

In 1993 the Isla Canela Land Plan was approved, enabling development to continue in the area.

Meanwhile, residential complexes and hotels were being completed and in 1992 the first 9 holes of the  Isla Canela Golf Course  were opened (there are now 18) and in 2000 Marina Isla Canela was opened, extending the range of activities available to people staying on the island.

During these years Isla Canela S.A. has worked diligently to make this the most beautiful place in Andalusia and in the whole of Spain.

Isla Canela S.A. intends to continue working on tourism development in the Ayamonte beaches area for many more years to come.

One of our current challenges is to complete work on the beachfront area and on developing the row of properties immediately behind it, creating residential complexes that blend in with the surrounding area and including larger green spaces and sports areas, thus making it even more pleasant to stay in Isla Canela, if that is possible.

We are also looking to complete the Yachting Marina extension as soon as possible, thereby enlarging the present quayside and tripling the number of moorings available. With this extension and the work planned by the General Directorate for Coastlines on a promenade in the Barriada del Moral area, the change to the appearance of this area involves integrating the Barriada into the Isla Canela Resort landscape. The result will be a uniquely beautiful enclave that will enable local residents to make use of the tourist services, which will also multiply as a result of increased visitor numbers to the new facilities.

In the inland area of Isla Canela our intention is to build residential complexes catering especially for long-term stays by residents, breaking with the current trend for seasonal occupation and creating a large area for residents wishing to spend the winter there.

To do this, we are studying models for future residential complexes, which will always be based on low-density occupancy, maximum use of green spaces, on integrating homes into the landscape and creating a friendly and sustainable environment that will contribute enormously to developing the Ayamonte area.

In short, in Isla Canela S.A. we are working very hard to make the future a reality in a short time, creating areas that attract tourists, residential complexes and spaces that will ensure that Isla Canela continues to be a holiday paradise for everyone.